*Ten things you didn’t know about Alpacas at end of blog post!* 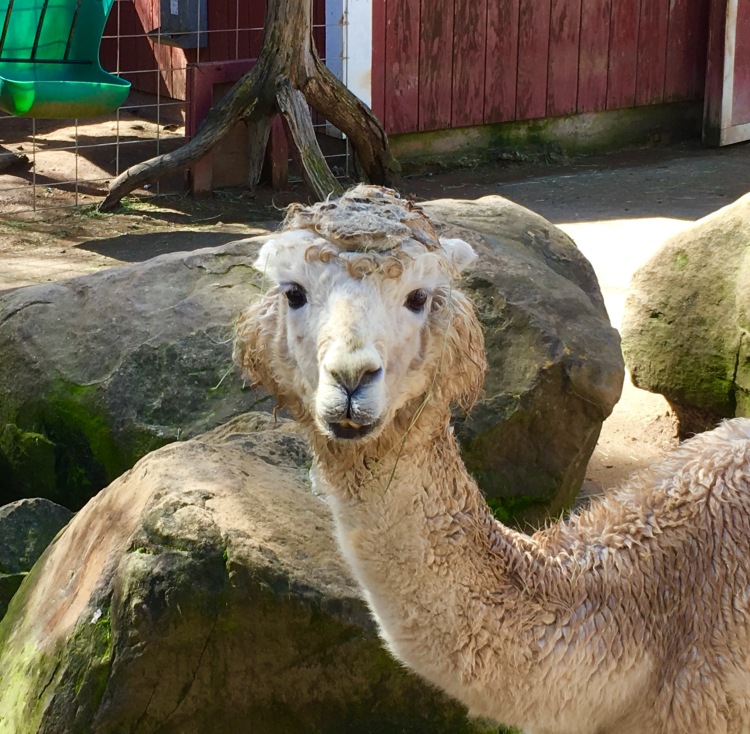 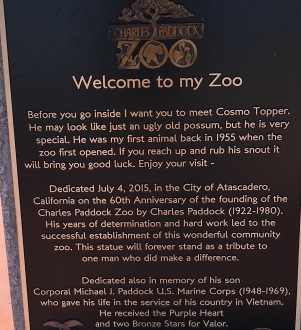 “If you reach up and rub Topper’s snout before entering the zoo, it will bring you good luck”.. I’ll report back 😉 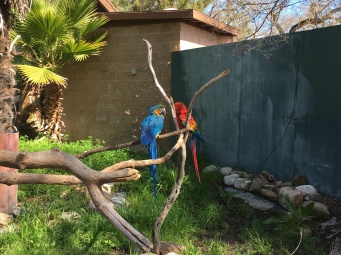 The Charles Paddock Zoo was started by Charles “Chuck” Paddock, a county park ranger, in the county animal shelter in 1955. Paddock would nurse wild animals back to health, and by 1959 his menagerie contained over 125 birds and mammals. In 1963 the animals were moved to the current location adjacent to the Atascadero Lake Park, just off State Route 41, and the new zoo was named Atascadero Children’s Zoo.

In 1979, the City of Atascadero took over management of the zoo after it was incorporated. The name was changed to Charles Paddock Zoo in honor of its founder in 1980.

What we didn’t know about Alpacas..

Alpacas were domesticated by the Incas more than 6,000 years ago and raised for their exquisite fleece. Due to its quality and all of its superhero characteristics, alpaca fiber was reserved exclusively for the elite and nobility.

In 1984, a small group of importers brought the first of a carefully selected herd to the United States and Canada, and they’ve been dotting the bucolic landscape ever since. The North American herd has grown from a few alpacas in zoos and private farms to about 20,000.

Alpaca fiber is much like sheep’s wool, but warmer and not itchy. It is lacking in lanolin, which makes it hypoallergenic and also allows it to be processed without the need for high temperatures or harsh chemicals in washing.

Well, technically their fiber is flame-resistant, meeting the standards of the U.S. Consumer Product Safety Commission’s rigid testing specifications as a Class 1 fiber for use in clothing and furnishings.

Like wool, alpaca fiber is water-resistant, but it can wick away moisture because of its unique ability to mimic cotton in moisture regain. These attributes are what make alpaca feel lighter than wool but warmer than cotton in cool and damp climates.

6. They come in a rainbow of hues

Alpaca fiber comes in 22 colors and hundreds of shades, from white to light rose gray to dark fawn, in addition to the blends that can be made from those, thus minimizing the need for pollution-intensive dying.

7. There are two types of alpacas in this world…

Alpacas come in two types: Suri and the huacaya. The suri has fiber that grows long and forms silky dreadlocks. The huacaya has a wooly, dense, crimped fleece — like a teddy bear — giving it a very wooly appearance. About 90 percent of all alpacas in the North America are huacayas.

8. They can mix and match

Alpacas and llamas can successfully cross-breed. The offspring they create are known as huarizo, which are valued for their longer fleece.

Alpacas use a communal dung pile (where they do not graze, thankfully). Because of their predisposition for using a dung pile, some alpacas have been successfully house-trained.

Humming is the most common sound that alpacas make. Alpacas hum when they are curious, content, worried, bored, fearful, distressed or cautious. When startled or in danger, a staccato braying is started by one animal, then followed by the rest of the herd in the direction of the potential threat. During breeding, the male alpaca Romeo emits a unique throaty vocalization called “orgling.”

During the National Alpaca Farm Days, alpaca farms across the country will open their gates to visitors of all ages to meet the wooly loves.