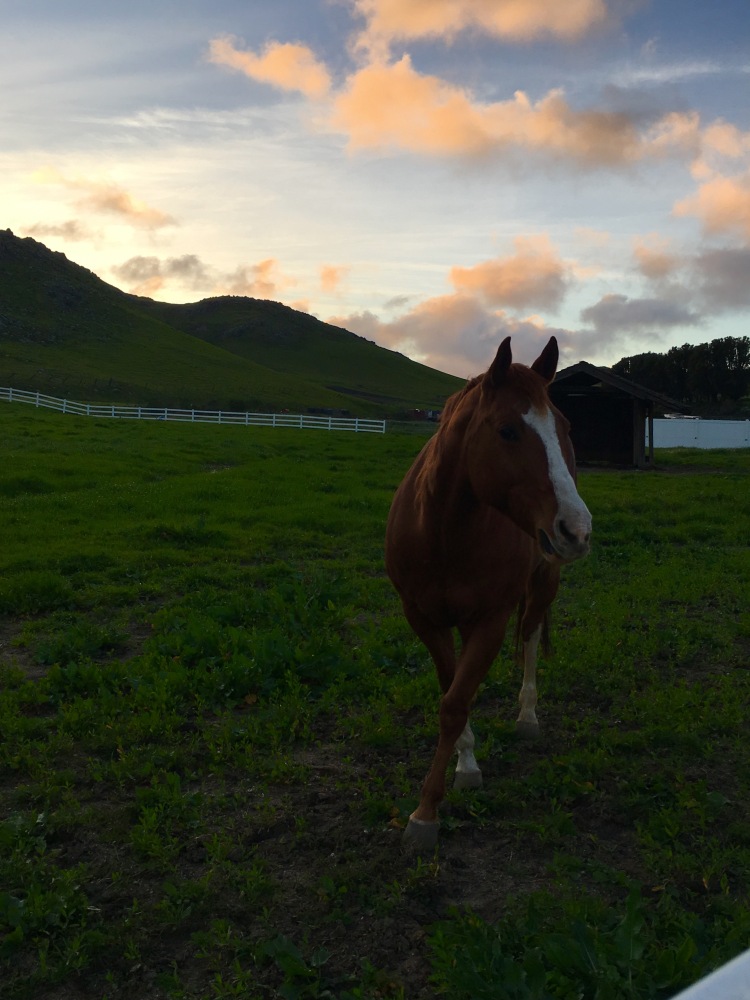 Today’s first for the “one new thing a day for 100 days” new years resolution was to tour the Madonna Inn in San Luis Obispo.  What a neat experience, the highlight was certainly when I found a nook to explore and stumbled upon 3 young gents who were training for the college rodeo coming up in April at Cal Poly (more info at end of post)

THE MADONNA INN IS A LANDMARK on the Central Coast of California. It expresses one couples imagination to create their dream. Using the natural materials of native stone and utilizing the workmanship of skilled artisans, the beauty and charm of the Madonna Inn became a reality…

History of the Madonna Inn

The first 12 rooms were completed December 24, 1958, and were given complementary for that night’s stay, to a very surprised group of travelers. An additional 28 rooms were quickly built, making a total of 40 rooms available to travelers.

Demand for public areas to handle the rooms encouraged us in April 1960 to start construction of the main inn, which was to eventually consists of the wine cellar, bakery, coffee shop, dining room, the cocktail lounge, banquet rooms, ladies’ boutique, men’s gift shop, and the gourmet shop.

The Madonna Inn sits on over 1,000 acres and the large rocks used in the construction came from these surrounding acres. Some of the larger rocks weigh in excess of 200 tons each.

The leaded glass work throughout Madonna Inn and the large etched glass windows in the coffee shop, almost things of the past, were custom made for the Inn. The leaded glass inserts in the windowed area facing the large fireplace are of particular interest, since each insert illustrates one of the various Madonna enterprises: construction, lumber and cattle.

The hand-carved marble balustrade in the Gold Rush dining room came from the Hearst Castle. All copper and brass items were etched and/or shaped from original designs and fabricated right on the premises. The 16’4″ tall, 29’6″ wide gold tree fixture in the main dining room was made from electrical conduit left over from building projects as well as from left over remnants of copper.

Several wood carvers were brought in for the specialty work of hand carving the doors, beams, railings and the many other carved adornments you see  at the Madonna Inn.

The History of Cal Poly Rodeo

Since 1956, the Cal Poly Rodeo program has earned 44 national titles, making it one of the most winning programs in National Intercollegiate Rodeo Association history and bringing national recognition to Cal Poly and its supporters. The Cal Poly rodeo program dates back to the first intercollegiate rodeo held on the C Bar G Ranch near Victorville, Calif., on April 8, 1939, when 15 student athletes represented Cal Poly and competitors Jim Blake and Carl Miller began its winning tradition. In 1951, Cotton Rosser and Don Koester continued Cal Poly’s winning tradition in front of 4,000 spectators at the first Cal Poly Rodeo.

Cal Poly captured its first NIRA national title in 1960, with more to follow in 1970, 1971, 1972 and 1973. Cal Poly continues to be a recognized force in college rodeo and has a long list of national champions. Some of the most talented student rodeo athletes have graduated from Cal Poly and gone on to compete – and win – in the professional rodeo circuit.

The NIRA is the sanctioning body of college rodeo. They create and enforce rules governing the sport, handle national administration, and work with individuals and college programs to promote college rodeo. The mission of the NIRA is to foster and develop rodeo at the college level so that it will provide educational and competitive opportunities for students. The NIRA organization lives up to its motto of “preserving western heritage through collegiate rodeo” by hosting nearly 100 college rodeos each year for its more than 3,500 competing members. The association is made up of 137 schools and universities and is divided into 11 regions.

Each college is allotted a 10-member team, consisting of six men and four women, to compete for team points at the College National Finals Rodeo (CNFR). These team points are earned by coach-selected individuals and count towards the team’s standing. At the end of the season, the top two point-earning teams in each region qualify to send a complete team to the CNFR. Athletes from each of the 11 regions compete throughout the season for these individual and team points. Individual points are awarded for placing 6th-place or higher in each respective event. At the end of the season, the top four point holders in each event qualify for the CNFR. At the CNFR, no season points are carried over to determine team and national titles. Instead, all national titles are determined through points earned at the CNFR.