Today’s first for the “one new thing a day for 100 days” new years resolution was having unbelievable success in finding a room & solid roommates on craigslist.   For the first time the tangible reality exceeded the virtual description – thank you William!  Looking forward to moving in to the new space this week.

I grew up in a world sans ‘internet’ and what a wonderful childhood it was.. yet today the beauty of cyberspace shed its light on my reality.  I would never have stumbled upon this hidden gem in the santa cruz mountains if it were not for craigslist.  I left the experience yearning to learn more about this web and encountered some interesting info…

10 random, interesting facts about the internet: 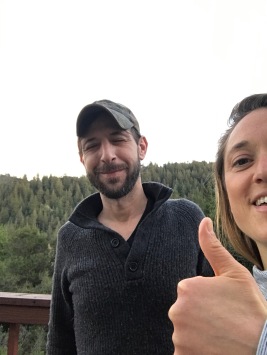