Drive and Park a Mini.  Check. Thank you, Teena B!  T, who rocks on all fronts, kindly saved me an after work trek to Mini of Marin to knock out today’s ‘first’.  Nothing quite like solid friends along this life journey…*days when I’m tired and this ‘new a day’ weighs heavy on me I am surprised how easy it is to accomplish with a little planning and reaching out.  Best of all you end up spending extra time with good folk and also learning – had not realized this car originally came about because of a fuel shortage caused by the 1956 Suez Crisis. 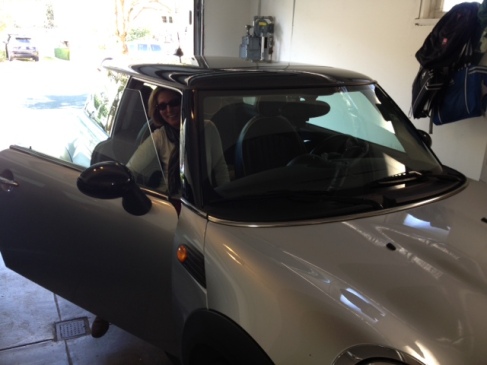 The MINI is the direct successor to Sir Alec Issigonis’s 1959 Classic Mini, which was produced until 2000. The original is considered a British icon of the 1960s. Its space-saving front-wheel drive layout (allowing 80% of the car’s floorplan area to be used for passengers and luggage) influenced a generation of car makers.

Check out this cross-section pic:

Teena’s wheels below 🙂  Felt a lot more spacious than I had anticipated, thought I would feel compressed.  Overall smooth ride, very easy to park and fun to drive. 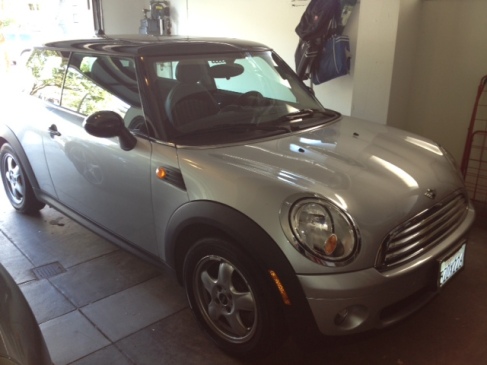 Brief History: Designated by Leonard Lord as project ADO15 (Amalgamated Drawing Office project number 15) and the product of the Morris design team, the Mini came about because of a fuel shortage caused by the 1956 Suez Crisis. Petrol was once again rationed in the UK, sales of large cars slumped, and the market for German bubble cars boomed. Lord, the somewhat autocratic head of BMC, reportedly detested these cars so much that he vowed to rid the streets of them and design a ‘proper miniature car’.

This entry was posted in About and tagged BMC, Mini, Mini Cooper, Suez Crisis 1956. Bookmark the permalink.