Unexpected first en route to a planned first (was trying to find a short cut to St. Francis of Assisi Church when I stumbled upon Ina Coolbrith Park in North Beach.. Poet’s Corner.) **kind of wild – see picture toward the end, I share a birthday with Ina! Granted her March 10th was in 1841, and mine in 1981, but pretty serendipitous.. 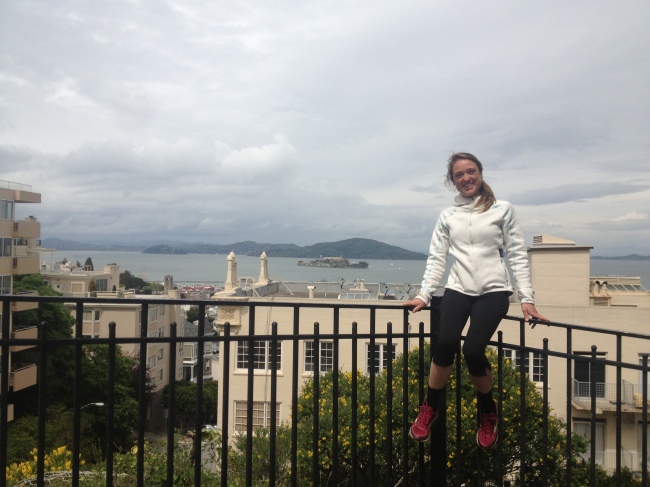 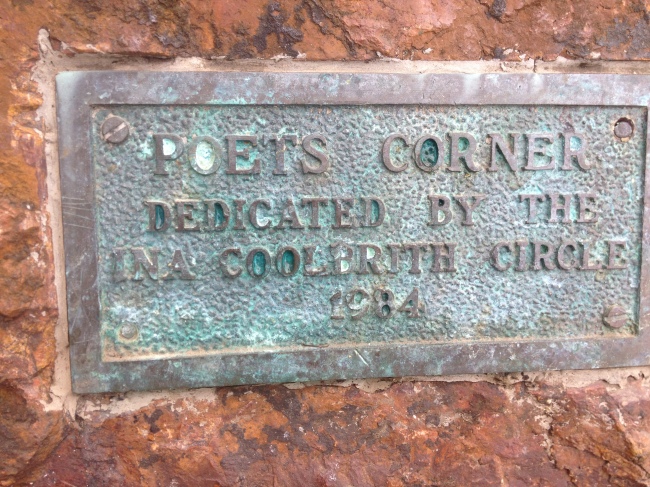 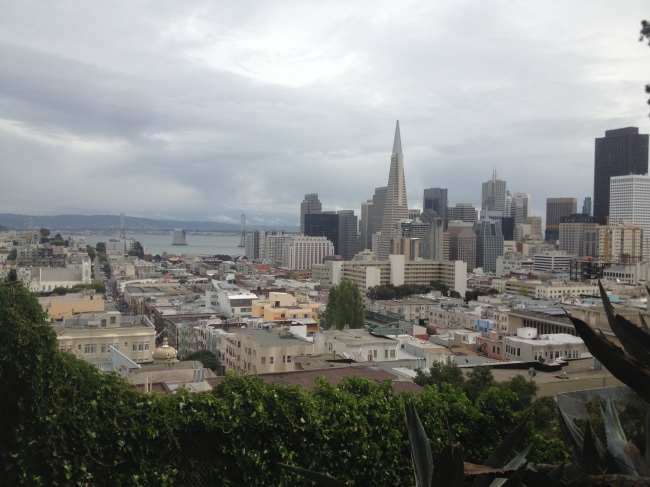 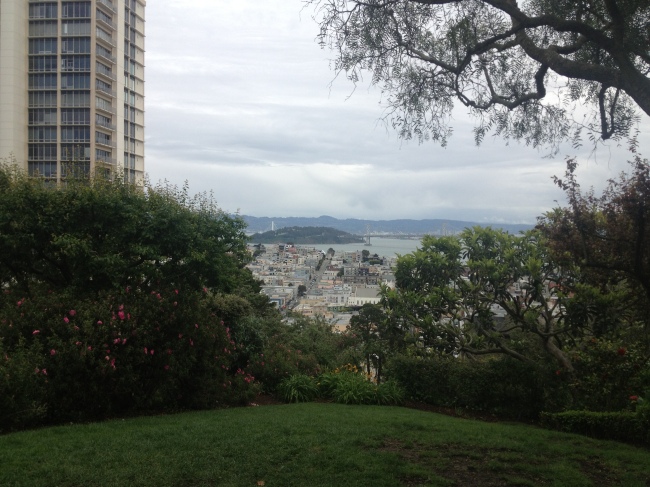 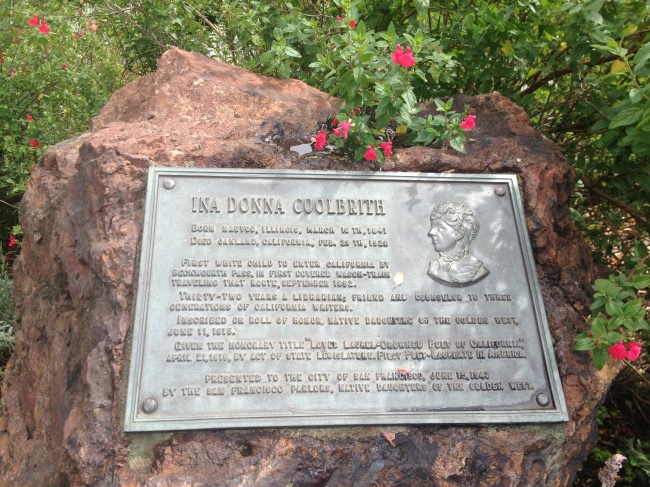 Ina Coolbrith
A fine charcoal portrait of Ina Coolbrith in her 30s or 40s, shown from the neck up, wearing a garment with a high, open collar made of lace, with hair curled and secured atop the head, looking slightly to the left. A fountain pen signature is below the portrait, reading “Ina Coolbrith”, the letter “c” writ large to sweep underneath the next five letters.

Ina Coolbrith in the 1880s
Ina Donna Coolbrith (March 10, 1841 – February 29, 1928) was an American poet, writer, librarian, and a prominent figure in the San Francisco Bay Area literary community. Called the “Sweet Singer of California”,[1] she was the first California Poet Laureate and the first poet laureate of any American state.[2]
Coolbrith, born the niece of Latter Day Saint movement founder Joseph Smith, Jr., left the Mormon community as a child to enter her teens in Los Angeles, California, where she began to publish poetry. She terminated a youthful failed marriage to make her home in San Francisco, and met writers Bret Harte and Charles Warren Stoddard with whom she formed the “Golden Gate Trinity” closely associated with the literary journal Overland Monthly. Her poetry received positive notice from critics and established poets such as Mark Twain, Ambrose Bierce and Alfred Lord Tennyson. She held literary salons at her home—in this way she introduced new writers to publishers. Coolbrith befriended the poet Joaquin Miller and helped him gain global fame.
While Miller toured Europe and lived out their mutual dream of visiting Lord Byron’s tomb, Coolbrith was saddled with custody of his daughter, and the care of members of her own family, so she set up house in Oakland and accepted the position of city librarian. Her poetry suffered as a result of her long work hours, but she mentored a generation of young readers including Jack London and Isadora Duncan. After she served for 19 years, Oakland’s library patrons called for reorganization, and Coolbrith was fired. She moved back to San Francisco and was invited by members of the Bohemian Club to be their librarian.
Coolbrith began to write a history of California literature, including much autobiographical material, but the fire following the 1906 San Francisco earthquake consumed her work. Author Gertrude Atherton and Coolbrith’s Bohemian Club friends helped set her up again in a new house, and she resumed writing and holding literary salons. She traveled by train to New York City several times and, with fewer worldly cares, greatly increased her poetry output. On June 30, 1915, Coolbrith was named California’s poet laureate, and she continued to write poetry for eight more years. Her style was more than the usual melancholic or uplifting themes expected of women—she included a wide variety of subjects in her poems, which were noted as being “singularly sympathetic” and “palpably spontaneous”. Her sensuous descriptions of natural scenes advanced the art of Victorian poetry to incorporate greater accuracy without trite sentiment, foreshadowing the Imagist school and the work of Robert Frost.  California poet laureate Carol Muske-Dukes wrote of Coolbrith’s poems that, though they “were steeped in a high tea lavender style”, influenced by a British stateliness, “California remained her inspiration.”